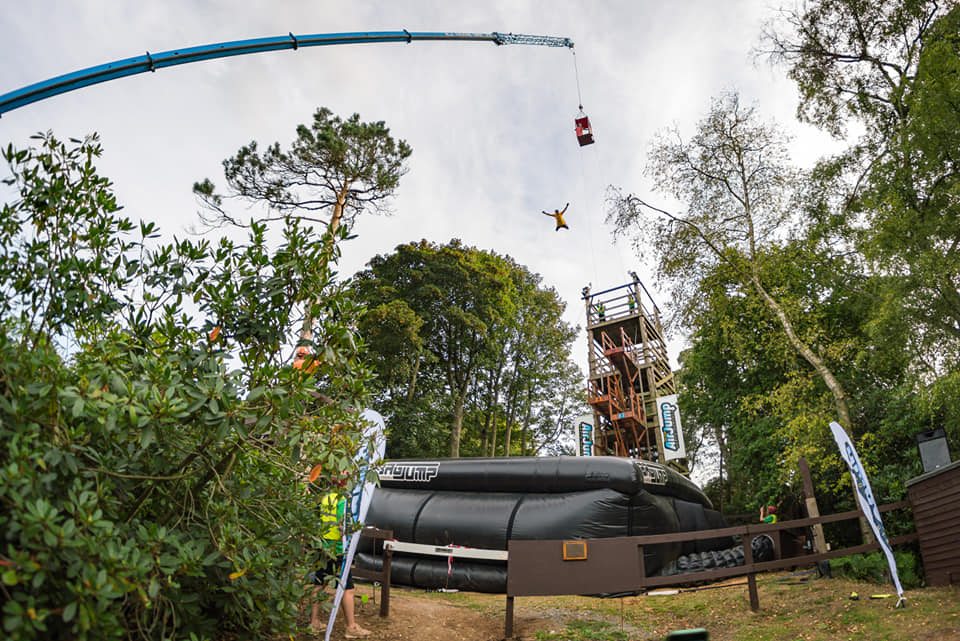 One of Norfolk's longest-standing outdoor education centres celebrated its 30th anniversary in breathtaking style, when an Austrian extreme sports professional jumped onto a giant inflatable pillow from the top of a 30 metre-high crane. 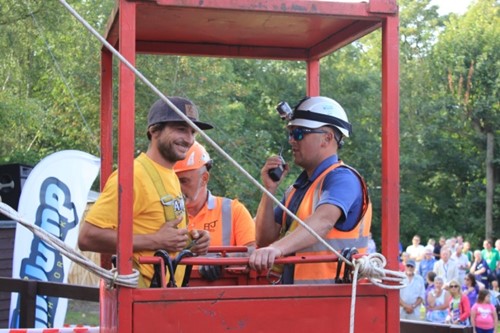 Hilltop, which was built on the site of Sheringham Zoo in 1989, was the idea of former high school PE teacher Martin Read, who felt passionately that learning outdoors could have a major impact on the education and wellbeing of children and young people.

Teaming up with his wife Sue and two of his five brothers, Mr Read bought the Hilltop site in 1988 and set about transforming the 10 acres of overgrown land into a pioneering centre with swimming pool and accommodation, as well as activities ranging from a zip wire and assault course, to a high ropes attraction. 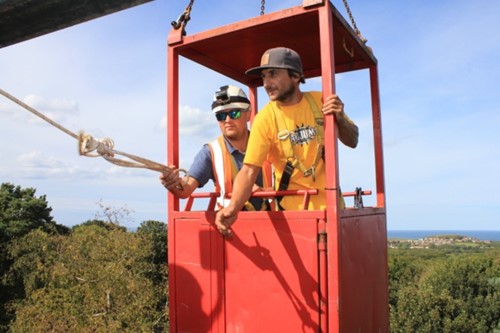 Over the following years, the Read family embarked on a major expansion programme, buying a further 16 acres of land and adding lodges, a gym, and activities including a tree top trail, a double zip wire, a climbing maze, a giant swing and a 16-metre-high 'air jump' tower.

Now run by Mr Read's son Oliver and daughter-in-law Helen, the centre, which last year saw the completion of a £250,000 investment programme, has 50 staff, but still prides itself on being a family-run business with an emphasis on learning through activity. 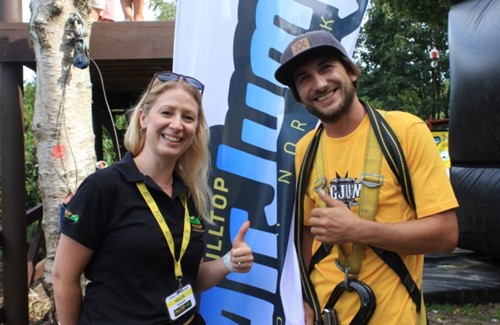 Keen to celebrate the centre's 30th birthday in style, Oliver came up with the idea of entertaining guests with a 'party with a difference' and flew in Austrian sportsman Benjamin Moesel, who, with his twin brother Daniel, performs extreme jumps all over the world.

"I had seen someone do a 52 metre crane jump onto an airbag on YouTube, so when our anniversary came around, that immediately came to mind," Mr Read said. 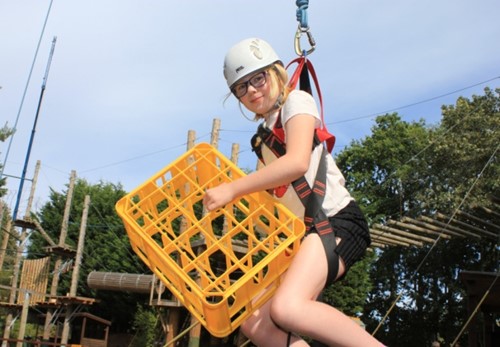 After climbing into a metal 'basket', Mr Moesel was winched into the sky above Hilltop's air jump tower, before leaping out onto the airbag to the delight of guests, who also had a chance to try out other centre attractions including crate stacking and archery. 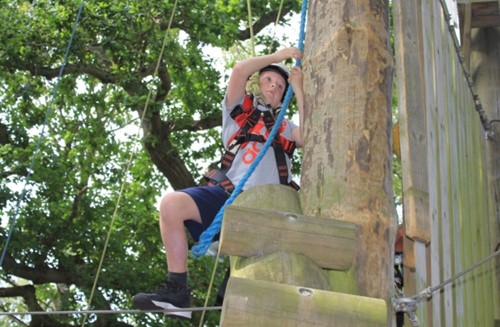 "We wanted to do something spectacular to celebrate the success of Hilltop," Mr Read said. "It is becoming more and more obvious that my dad was right all those years ago that both children and adults need an opportunity to be challenged, and doing something physical builds self-confidence, resilience and self-esteem."